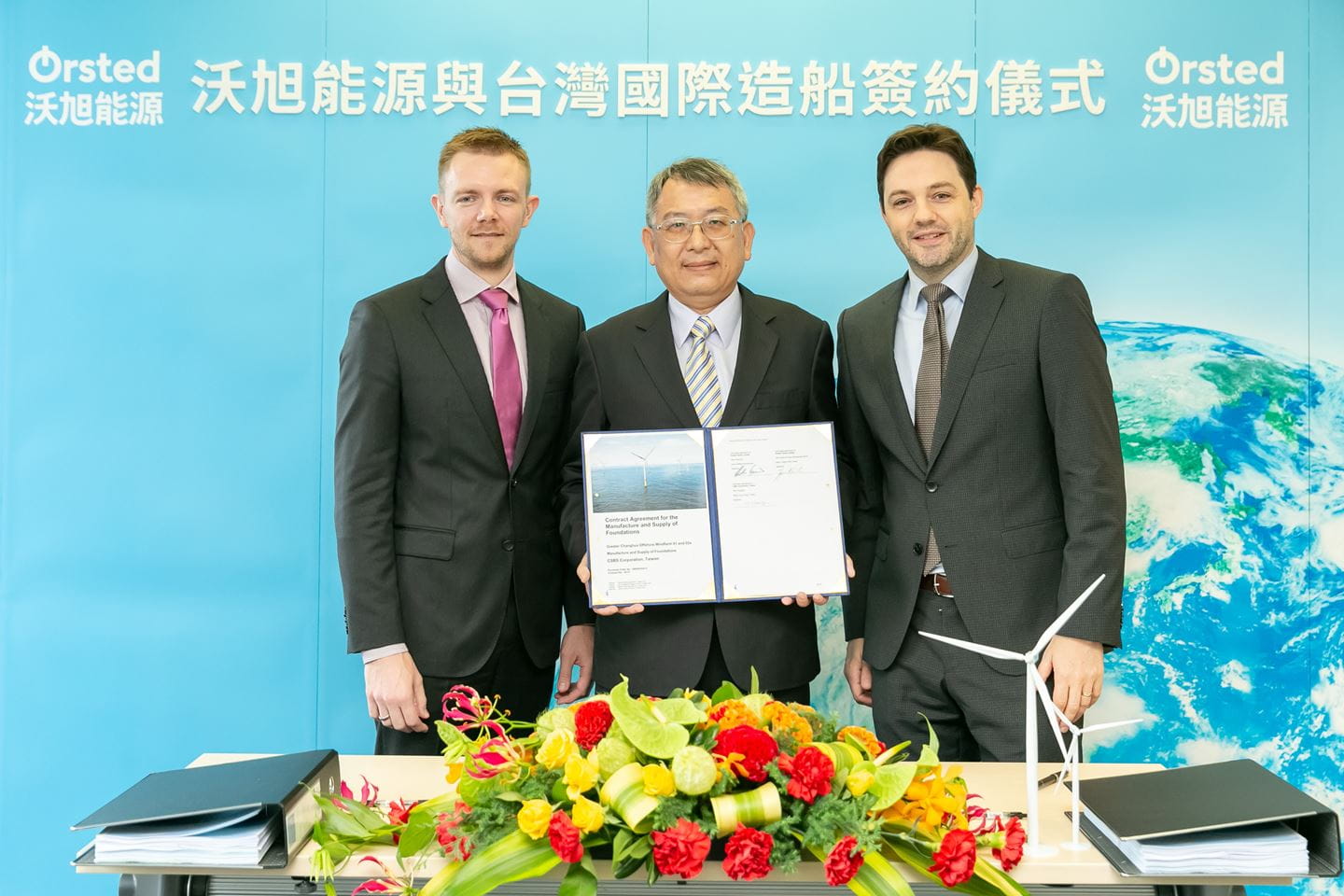 CSBC is a leading shipbuilder in Taiwan and the leader of the local Marine Team, which was established to develop offshore wind industry under the support of the Taiwanese government.

Today’s contract is the beginning of a partnership between CSBC and Ørsted as CSBC will be included as one of the preferred suppliers for Ørsted’s future wind farm projects to be built in 2025.

Matthias Bausenwein, General Manager for Ørsted Asia-Pacific, said: “we will use Ørsted designed Jacket foundations which are tailored to meet the seabed conditions in Taiwan. Each foundation will be supported by three pin-piles that are driven into the seabed, forming a robust foundation structure to sustain the weight of the tower and wind turbine system. We are glad to have found a partner like CSBC, a company that has many years of experience in heavy industry and shipbuilding.”

Ørsted is moving at full speed in developing the first 900MW Greater Changhua projects, on which offshore construction will take place in 2021.

For this contract, CSBC Corporation intends to invest in a new production line to manufacture the pin-piles. It will also utilise Kaohsiung Harbour as the heavy-lift terminal for the underwater pin piles assembly and temporary storage. Each of them will be up to 90 meters long and the total steel weight for the order is more than 20,000 tons (equivalent to the weight of 10,000 cars).